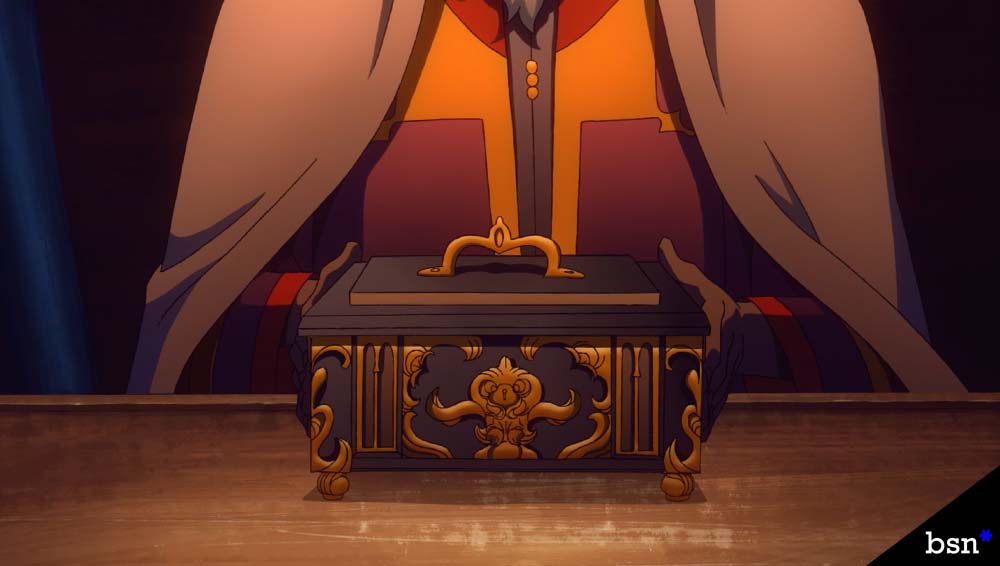 Netflix renewed the anime horror series Castlevania for a fourth season. This development comes only weeks after the streaming service released the show’s third season. Netflix first teased the news on Twitter with a brief video featuring Devil Forgemaster Isaac peering into his magic mirror.

Castlevania is an adult animated series following monster hunter Trevor Belmont (voiced by Richard Armitage – The Hobbit) as he slays demons and other creatures of the night in Wallachia. It is a land cursed by Count Dracula (Graham McTavish – Outlander) after its people falsely accused his wife of witchcraft and burned her alive at the stake. In his grim yet epic quest to defeat the legendary vampire count, Belmont isn’t alone: magician Sypha Belnades (Alejandra Reynoso) and Dracula’s half-vampire son Alucard (James Callis – Battlestar Galactica) are fighting by his side.

Castlevania premiered in July 2017. While the debut season had only four episodes, the show proved immensely popular and Netflix quickly renewed it. Season 2 followed in October 2018, with Season 3 premiering in March 2020. Based on an eponymous Japanese video game series, Castlevania was produced by Adi Shankar (Dredd, Grey, Machine Gun Preacher), whereas comic book veteran Warren Ellis (The Authority, Planetary, Global Frequency, Transmetropolitan) provided the script. For the most part, the first season of Castlevania features characters and events depicted in the 1989 game Castlevania III: Dracula’s Curse. The second and third seasons add characters and other elements from the 2005 entry Castlevania: Curse of Darkness.

Castlevania is a long-running franchise of action-adventure gothic horror video games by Konami. Its first installment came out way back in the mid-1980s. Initially released on the Family Computer Disk System, Konami later ported the game to the NES.

Throughout the past four decades, Castlevania grew into a critically acclaimed franchise spanning over a dozen individual titles and spin-offs, as well as comic books, novels, and even soundtracks.

The network connection between your computer and the VPN server was interrupted?

Gamers in ecstasy after a trio of Nier anniversary announcements