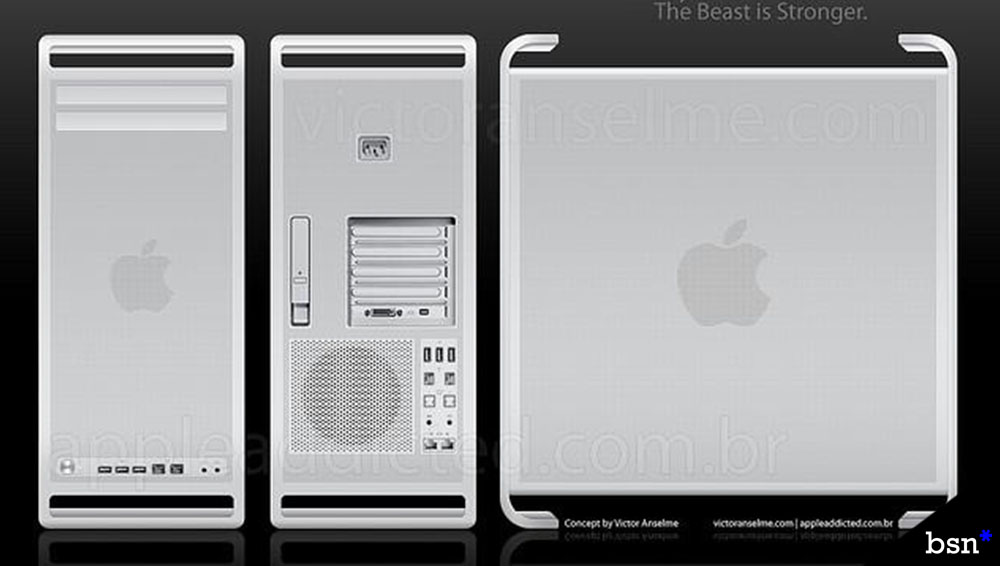 Visiting factories in the Far East often offers an amazing experience. For us westerners, it is easy to often criticize the living conditions in the factories, while conveniently forgetting the world outside the factory walls.

In order to get to those factories, one must travel through the real, non-touristy China that has five star hotels without a dedicated sewage system, showing signs of country that is going from 19th century into a 21st century, skipping a lot of phases of development which made the western world inflexible.

While touring the facility on a completely unrelated subject, we encountered something very interesting – an initial run of Solid State drives bearing a logo which is very recognizable in the West – Apple Inc. The fruity company from Cupertino remained silent on the strategy with their professional line of products: the Mac Pro. They also keep on making the iMac as thin as humanly possible, using the same components as on their notebooks.

But seeing a 2TB Solid State Drive with an Apple logo on it opens very large ground for speculation. Given that we were not able to learn more about the parts in question, we have to leave it at that. But from the looks of it, the 2TB drives used industry standard 3.5” form factor, full height (just like your regular 3.5” spinning drive) and a SATA connector (not SAS or some proprietary port).

Should Apple adopt this part in their rumored 2013 Mac Pro refresh with Ivy Bridge-E processors, we won’t see them before the end of the year (Intel further pushed the refresh cycle back, Sandy Bridge-E will stay king of the hill for 2 more quarters). However, Apple was known to enjoy a cozy relationship with Intel in the past, getting a full quarter of exclusivity for several generations of Xeon processors. Then again, it just might be an storage upgrade for the old Mac Pro line-up – but we don’t think so. It’s been over two years since the current Mac Pro came to life, and the time is coming for a big upgrade.

One thing’s certain, though – should a 2TB SSD become a reality in Apple’s lineup, the company will be able to offer up to 8TB of Solid State storage per single workstation. Just do not expect to come cheaply.

This news article is part of our extensive Archive on tech news that have been happening in the past 10 years. For up to date stuff we would recommend a visit to our PC News section on the frontpage.

What is Onion over VPN, besides a bad idea?

Can the VPN industry win the battle against online regulations?

Is it legal to use a VPN in China?